Life is a beautiful and strange creature that appears at a window, flies swiftly through the banquet and is gone.”  The Venerable Bede 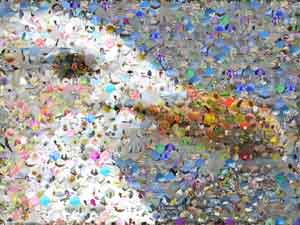 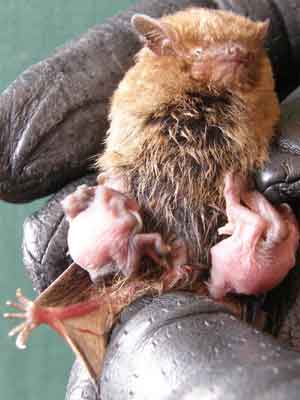 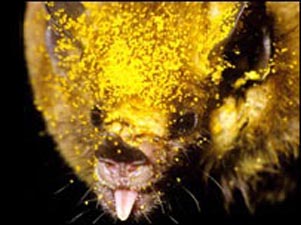 Nectar feeding bats such as Glossophaga soricina (Pallas ‘Long Eared Bat) also feed on the pollen  which collects on their fur by grooming it off  have rough hair which traps pollen. Other bats have smooth fur

These nocturnal bats, can consume up to 150 per cent of their body weight in a single sitting, by hovering at flowers to feed on simple sugars – such as fructose, glucose and sucrose – found in the nectar 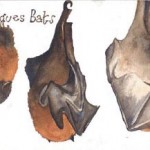 In colonies of Rodriques fruit bats (Pteropus rodricensis) there are special midwife bats that help and encourage expectant mothers into the correct position. The midwife bat then spends some of her time cradling the mother and bearing some of the weight, giving the mother-to-be’s weary wings a little rest 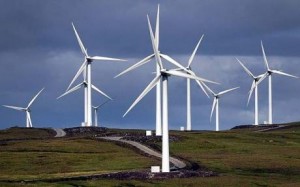 One way of protecting bats from turbine collision maybe to paint turbines blades purple rather than white. This is because insects seem to be attracted to the white blades that are usually used according to a report in the Daily Telegraph

Another way may simply be to increase the wind speed at which the turbines begin to move.. This results in a 1% reduction of power produced but reduces mortalities of migrating bats by 41% 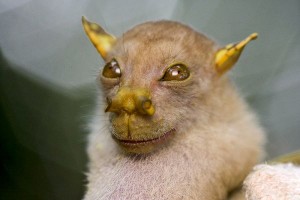 This striking bat has just been discovered in Papua New Guinea. Some of the media likened it to Yoda from Star Wars. His yellow ears and nose are certainly unusual 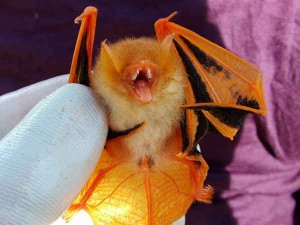 The beautiful painted bat of Thailand used to be fed to fighting cockerels by villagers who believed it made the birds stronger . They no longer do this as they conserve them because researchers and bat workers come to the village to look for these fabulous creatures

(Thanks to www. batthai.com for giving me a chance to meet these amazing creatures) 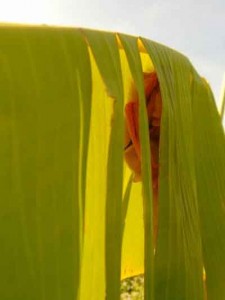 Painted bats are unusual in that they form a tight family group consisting of mum dad and one baby. If a pair are captured they wait for each other on release 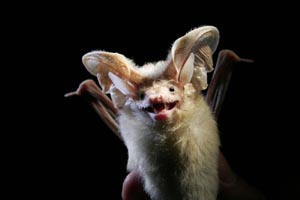 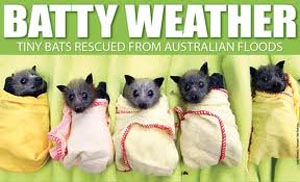 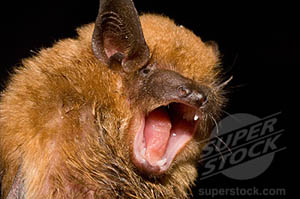 Apparently if you yawn at a bat, it will yawn back 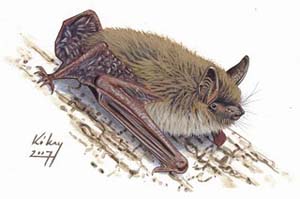 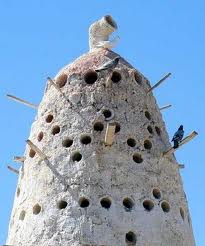 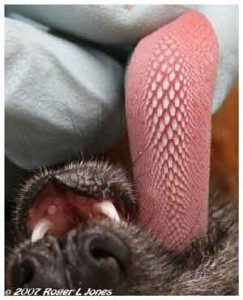 Fruit bats tongues are covered with papillae to help them grip fruit. 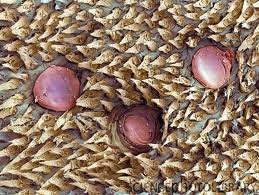 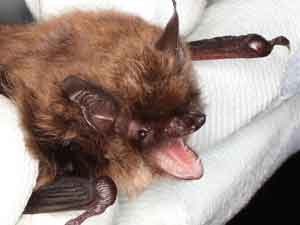