http://www.arkive.org/common-vampire-bat/desmodus-rotundus/video-08d.html (slow to download.
In November 2011 , two  of us went on a bat trip to Nicaragua and fulfilled a life time’s ambition to see vampires. 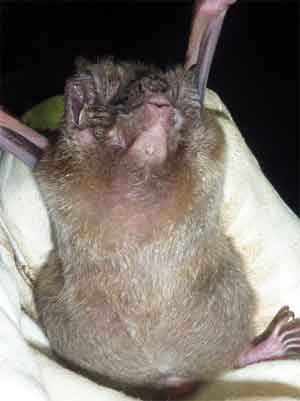 This female shows why the vampire bat is called “rotundus” We caught her just after she had had a good feed. Vampires urinate copiously son after feeding to reduce their body weight . She hadn’t had a chance to when we caught her.

Note the gland under her chin, we are not sure what this is for but found it on a number of bats -le and female. If you know why they are there, please let us know. 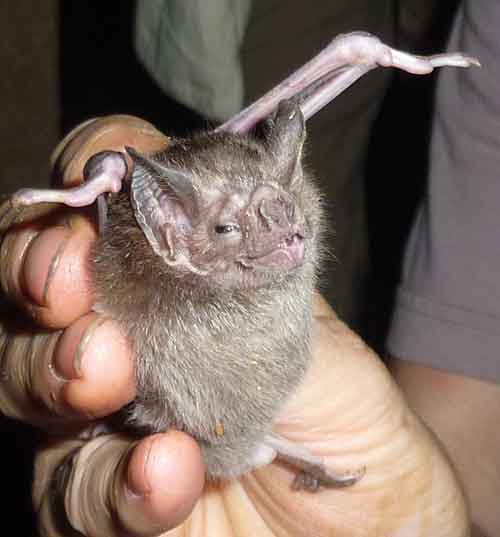 This gent had been less fortunate on the feeding front In this photo  he looks positively benevolent, but he was handled extremely cautiously by very experienced bat workers.

You can see how his thumb is  greatly enlarged to help him crawl on the ground.

When showing his displeasure at being captured, he emitted a quite blood curdling cry a bit like a snarling dog.

An excellent website about  research into vampire bats is at http://socialbat.org/ 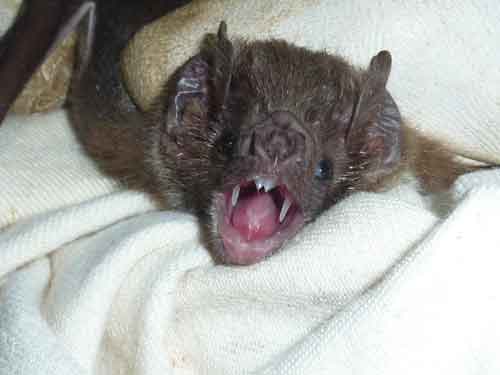 This photo gives a  pretty good idea of how sharp his teeth are.

It is a front ones that break the skin

In 2012 4 of us were lucky enough to go on another Trinibats expedition and saw white lined vampire bats. You can read about it here 2012-7-vampire bat 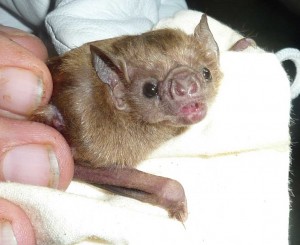 Film on You Tube

Daniel Hargreaves@film of white line vampires in a hollow tree. Note the male sefending his harm by flapping his wings at the intruder (Daniel in this case.)