Priory Country Park. The end of an era.

We have worked with the Rangers at Priory Country Park very amicably for many years.

So like many other Park users we were devastated by Bedford Borough’s decision to make two of the rangers redundant, especially as they have done some much for the group.

(Danny has just finished a five year term as Chair and Nicky has just taken over the role).

We are delighted that both have gained new employment.

This will have real impact on the Priory site, one quite small  aspect of which on the events that the bat group and the Rangers have been carrying out.

This means that a number of popular events will no longer continue, as  Jon, the remaining Ranger will no have time to do the behind scenes administration. We send Jon 0ur very best wishes

We may be able to continue to arrange walks for interested groups, but on a smaller scale. Contact us at enquiries(at)bedsbatgroup.org.uk . (replace the (at) with @)

As in 2o18 we have been able to organise two walks this Summer, Thanks to Jon for doing the admin. 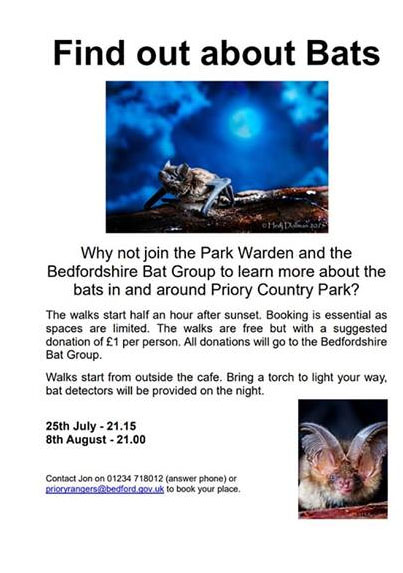 There are bat walks planned at Ampthill Park and the RSPB reserve at Sandy. Please contact them for details. Both of these are excellent bat sites 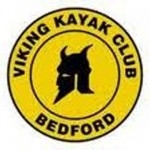 We have organised these with out friends the Viking Kayak Club. This is not open to members unless they are leaders. 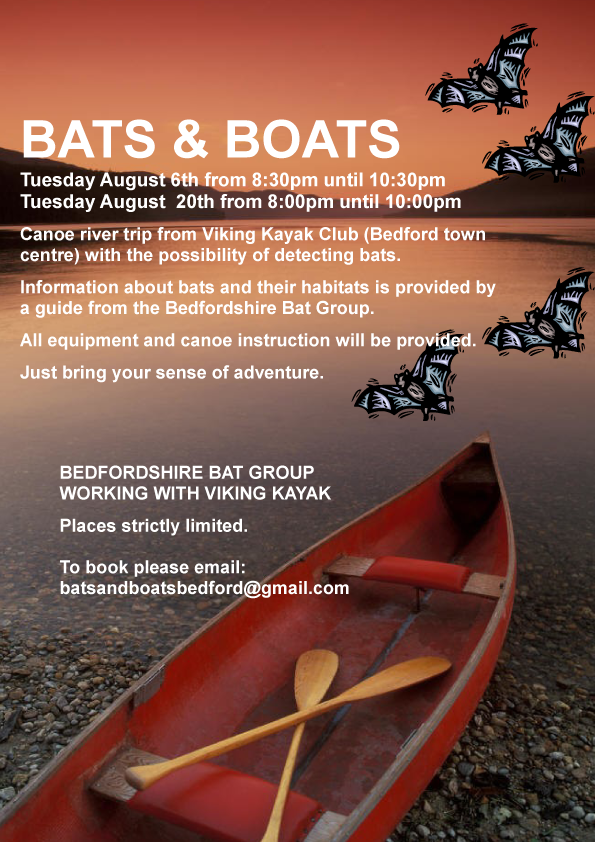