Had a really good turn out last night. Jodie and Boo the new members from lat time, plus two other new members Chris and Peter ,plus non member Richard, as well as the usual suspects. Martin had a night off from working and really enjoyed listening to bats without having to write a report. Unlike last time we had Daubenton’s over all three lakesa and we had good views of them 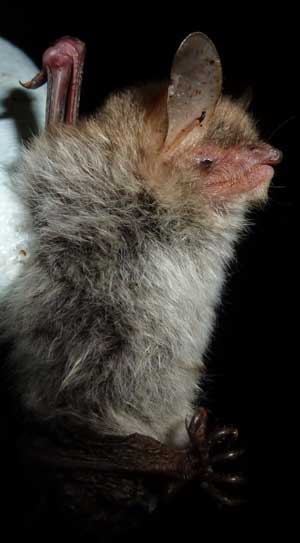 This photo of a Daubenton’s bat was taken at Marston Thrift four years ago which reminded that we really want to go back therfe later this year for another trapping session. Photo Bob Cornes