We had done some preliminary surveys at a private wood near Maulden. We had heard very few bats, but these included Common and soprano pipistrelles, a passing Noctule and a Myotis bat. So with no great hope of excitement 6 of us headed to the wood bearing three harp traps and lures and cake.

The traps were placed unobtrusively, so unobtrusively that we had great problem finding the traps in the undergrowth!  The night started quietly enough with a few passing sopranos, but things livened up as the night grew later . We caught a Brown long eared, a couple of Natterer’s and a whiskered.

This led to great excitement and we were very late leaving the wood. Given that the activity increased after midnight we hope to go back and have a very late night later in the season 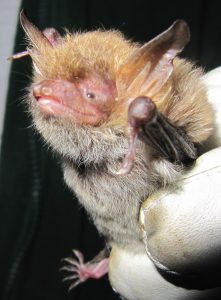 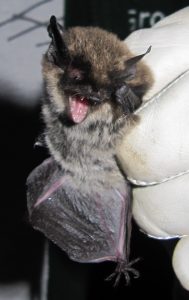