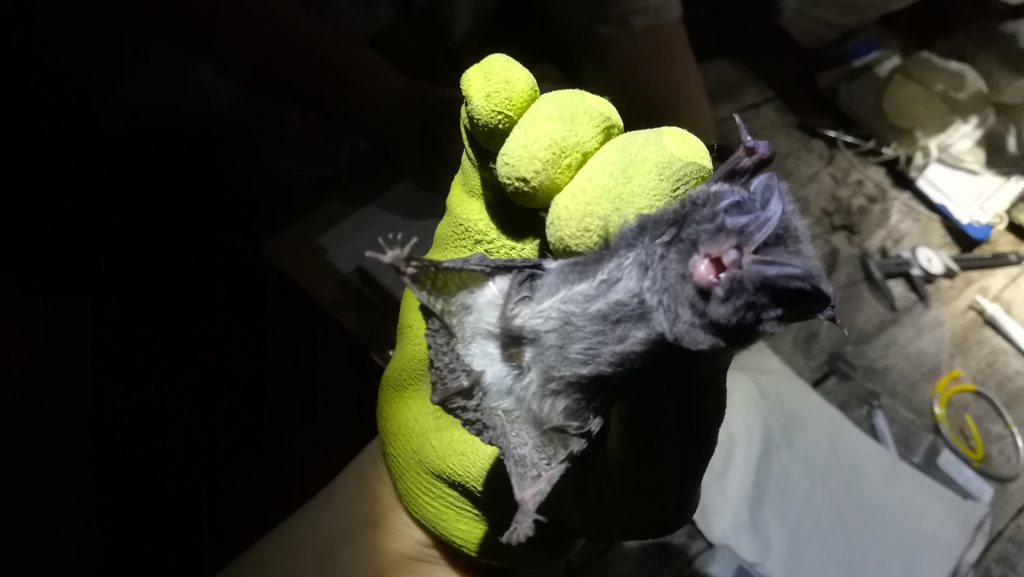 The story so far – our brave adventurers captured 7 barbastelles in 10 minutes.The two  heaviest were radiotracked and found in two tree roosts on Saturday morning. The saga continues…

The two trees were both sweet chestnuts. Last night Bob staked out one and counted 19 barbs emerge- a very high number for barbs. Only two bats were seen to emerge from the other tree

He managed to video the emergence and is even now working to get a web friendly version. The same tree was endoscoped yesterday morning and two brown long eared bats were found in another hole. These bats were very cooperative Bob’s was at as only 3m above ground. Once again the tagged bars were followed by car . The adopted a Beds trick of choosingtopograhy were the signal got lost  but returned to the wood.

So far the eyelash glue is working

This entry was posted in Uncategorized and tagged barbastelle, barbastelle emergence, radiotracking. Bookmark the permalink.