Not for the first time, and definitely not the last, we in common with a lot of organisations have been asked to do a bat walk for Halloween. We have head to refuse not because we are afraid to go out at such an allegedly spooky time of year, but because there are very few bats going to be around as the cold nights draw in. Bats are not foolish, they will have found a snug spot and tucked themselves away for the Winter and will only wake up briefly between then and the Spring.

So why are bats so associated with witches and Halloween?

Hallowen is a pagan festival which celebrates the ancestors. At the time of year the veil between our wold and the Otherworld becomes thin and it was believed it was easier to make contact then.

It was believed for the rest of the year the spirits of the dead lived in the Otherworld which was reached by entering caves in the ground. 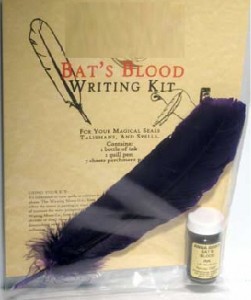 Because bats live in caves it was believed that they were able to reach the Otherworld and could carry messages from the dead to the living and where therefore used by witches.

As a result it was believed that bats had magical powers and a load of traditional spells were developed which involved using bats or parts thereof. You can read some example 2005-10.spells

Please note it is illegal to kill bats and the spells probably don’t work. 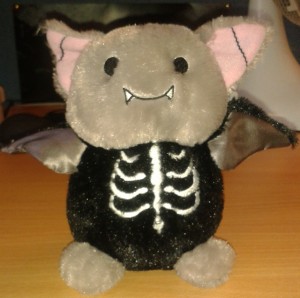 In the spirit of ” if you can’t beat ’em, join ’em, the Bat Conservation Trust has produce a free  downloadable pack of ideas.  They ask you to register so they ca n tell their funders how many people download it. You can download it here

or have a go at making these. Instructions are here 2012-10- halloween bat

This entry was posted in Uncategorized and tagged halloween. Bookmark the permalink.